My network has grown enormously over the past year, and many more networks are gaining definition. This is from June, 2014. 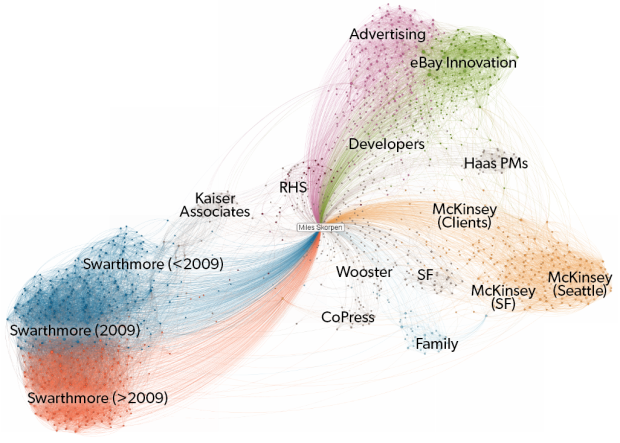 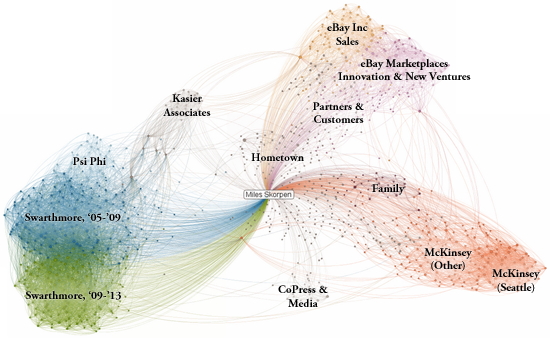 My professional network from 9/17/2012. The biggest changes include the growth of my eBay network (and related), as well as many more connections filling the space between my core networks (eBay, McKinsey, family). These people are frequently contacts from various business deals, and don’t have many connections elsewhere in my network. Still, they’re clearly weighted away from Swarthmore. I wonder why.

My professional network, as of 1/20/2012. Main change over previous iteration–eBay made my networks list, replacing my family. It’s the reddish-brown block to the top right of my name. I’m surprised how closely it is tied into my McKinsey connections, but that might just be visual confusion.