In January,  Uber announced it was dramatically slashing rates for UberX cars. With the new rates, UberX cars are the lowest priced transportation option I can find in San Francisco.

Techcrunch and other venues posited that this was a purely competitive move: Consumers were trying out alternative services like Lyft, and Uber needed to be cheaper to compete. While I’m sure that’s part of the story, I think there’s something more going on.

The ride share service is brutally competitive — and not just on the consumer side. It puts enormous power into the hands of drivers, because people don’t just want low rates but also supply. One impact of this is that the economic surplus will probably accrue to drivers — services will compete to pay them a larger and larger percentage of the total charge just to get them driving for their service, rather than a competitor.

Moreover, since the people using services like Lyft and UberX are extremely price sensitive, the best way to get new customers is to lower rates. Overtime, you’ll probably see movement like this: 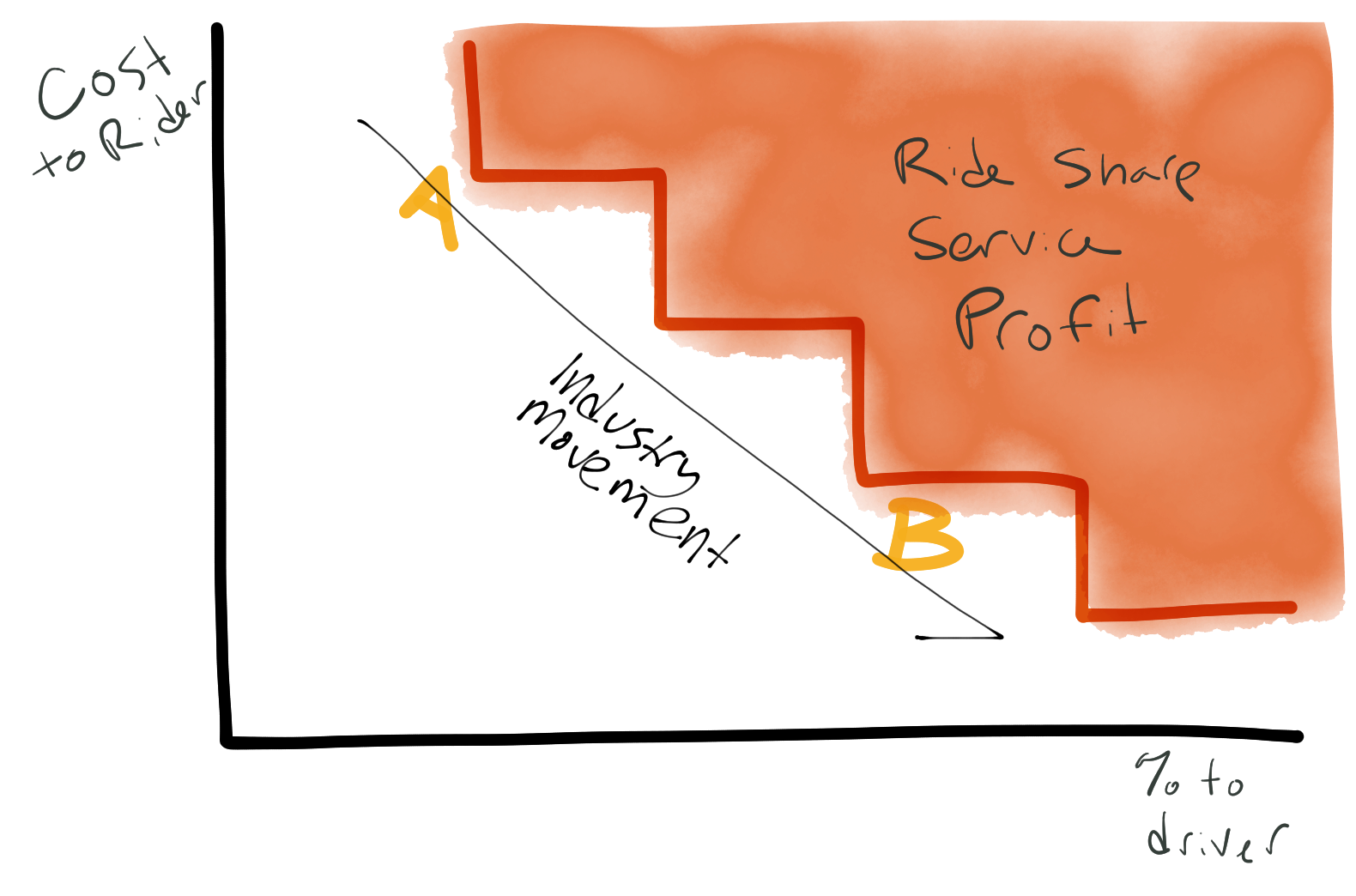 Prior to January, it looked like profit for ride share businesses would slowly decline as prices dropped and drivers took a larger and larger percentage of revenue.

Uber’s January move changed that — they jumped from A straight to B on my chart, instead of slowly bringing down prices. Since they didn’t reduce the absolute dollar value of driver revenue, the drivers effectively take a higher percentage of revenue.

So what? Uber just kicked off a price war … because it is one they can win.

See, the above curve is  only true for community drivers. Black car services are a totally different market — you differentiate on service and convenience, not  price. This is a market Uber owns.

Uber’s main concern is about winning marketshare & press in the broad taxi service (possibly because they see a future with driverless cars, where capital is more important than labor, and they’ll win back their profit margin), and about making money via Uber black car.

Which gets to another reason for the price decrease: To better differentiate its services: Uber vs. UberX. 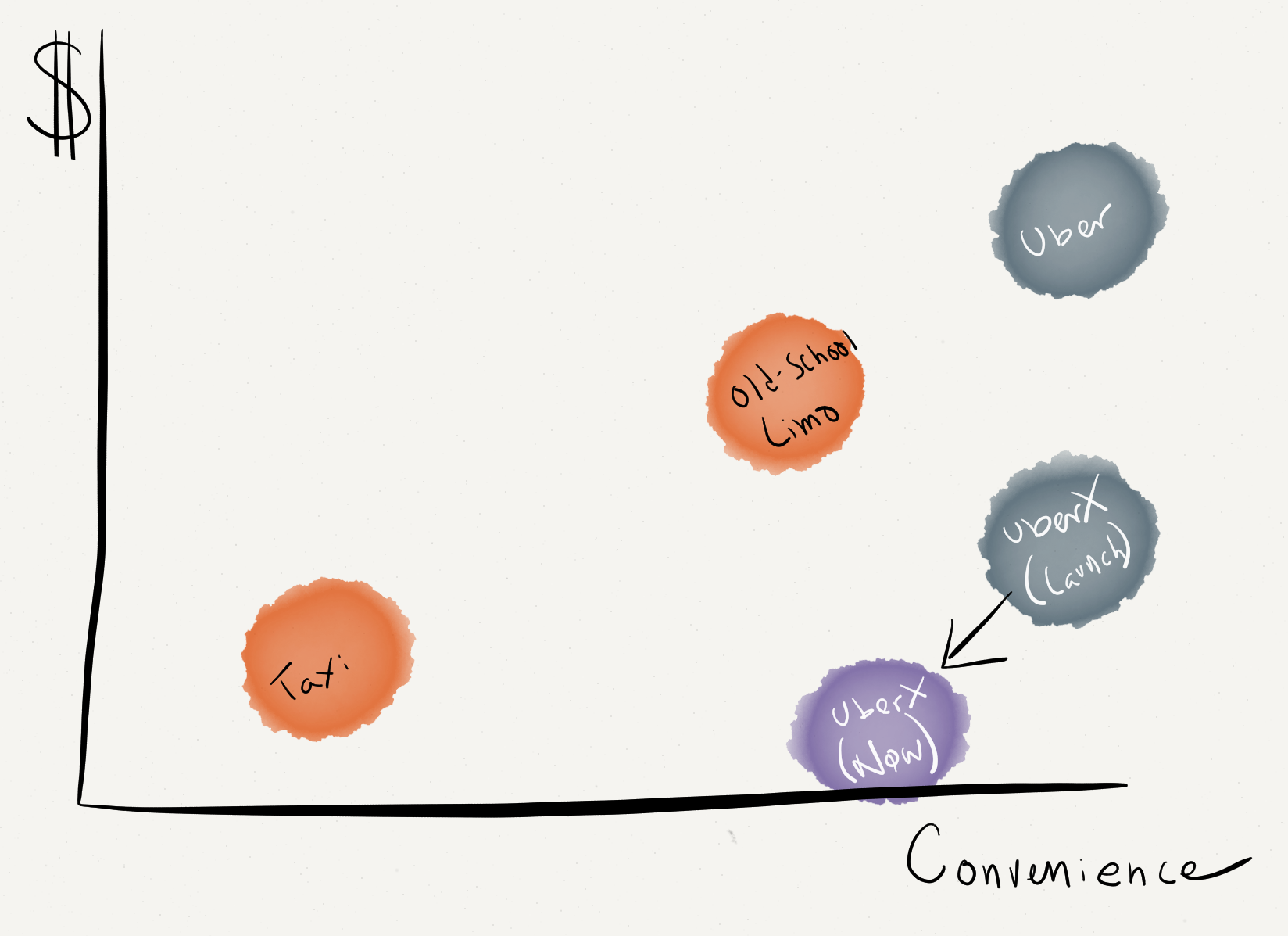 Prior to this price decrease, Uber had better service but otherwise wasn’t much different — a bit more expensive.

By lowering prices (and forcing its competitors to do the same), Uber actually might have reduced the number of cars on the road. Suddenly there is a huge competitive advantage for the black car service — they’re simply more available, all the time.