Across mobile, the companies most serious about mobile are disaggregating their features sets and building new, more focused, apps. There are compelling reasons to split up your apps: 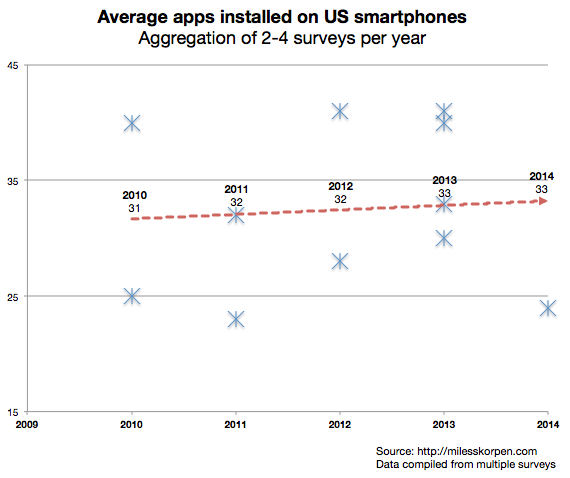 If users don’t have more apps, who is using these more focused apps? A few hypotheses:

I suspect all these explanations hold a bit of truth. It’ll be an interesting place to watch — particularly because discoverability of installed apps becomes a huge issue once users have 100+ apps. I’m already at the point where any apps off my home screen are accessed via Apple’s built in search feature or Siri.